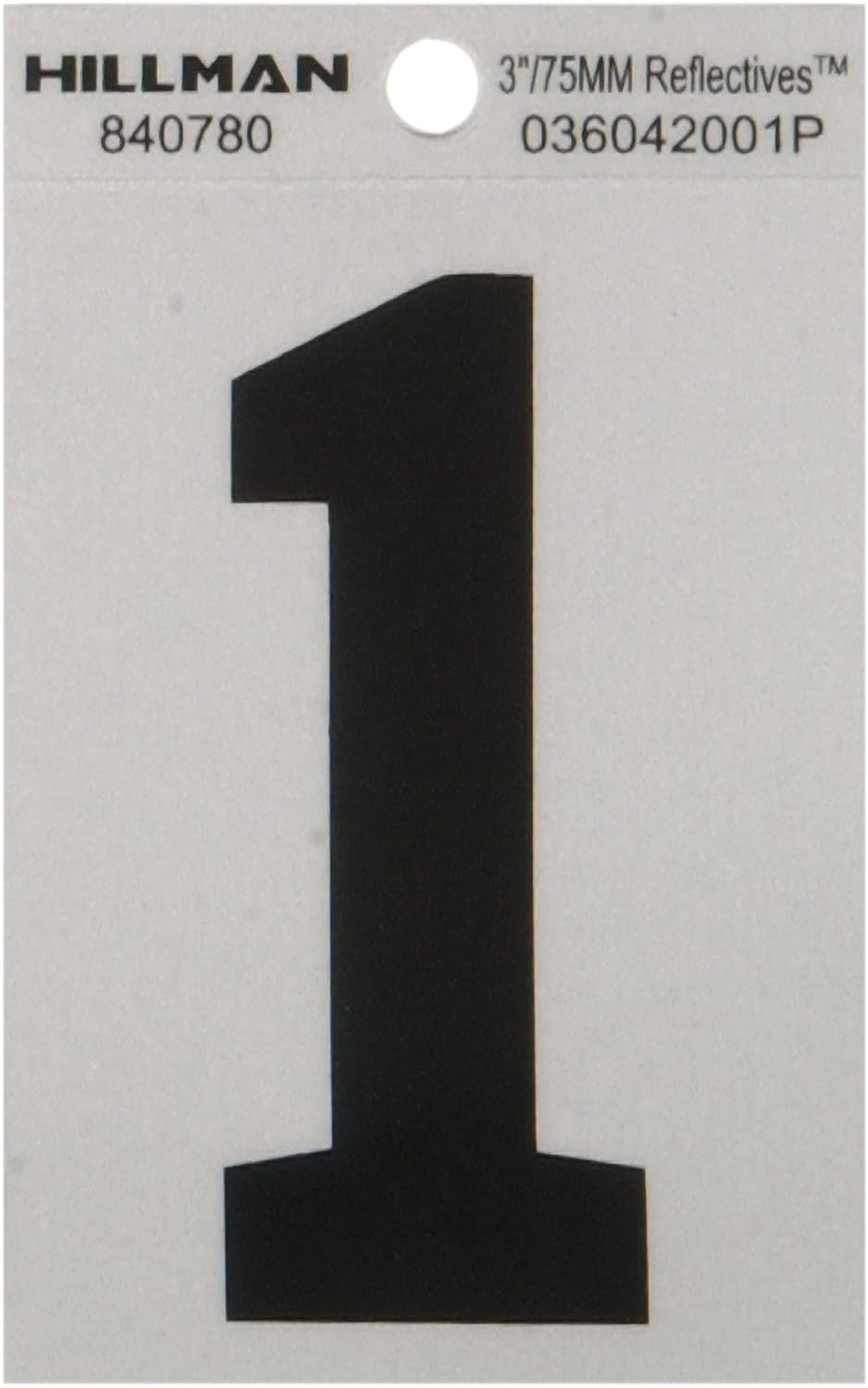 Simple and classic, these reflective numbers are perfect for use on a mailbox or your home. These weather-resistant, self-adhesive number is reusable and simple to apply. These numbers are a great way to help make your address more visible to visitors and emergency workers alike.

This is a square cut reflective number with a self adhesive back. The vinay lnumber are light weight and easily adher to most surfaces. Both substrates and weather resistant.