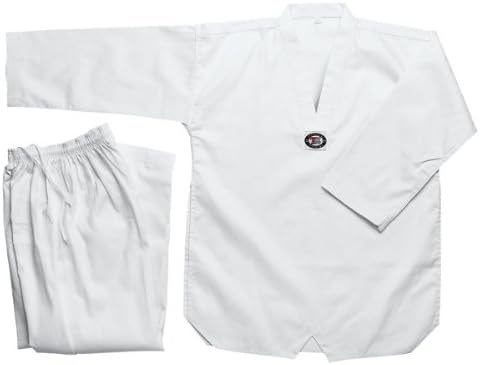 STUDENT TAE KWON DO UNIFORM - This Student Taekwondo Uniform is very popular among practitioners of Taekwondo. It is made with a poly cotton fabric for maximum comfort and mobility, never restricting your motion. The pants feature an elastic waistband and drawstring for comfort and easy adjustment. This uniform is lightweight but durable enough for the most intense training and competition. Your order includes a jacket, pair of pants, and white belt.