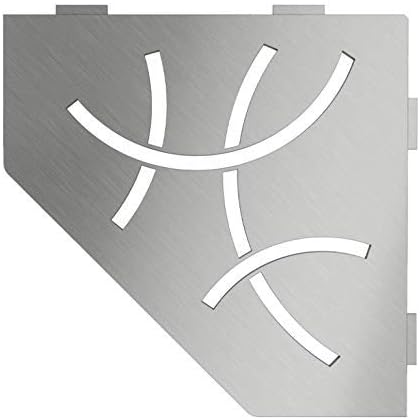 Schluter-SHELF-E is a wall storage system available in brushed stainless steel. The shelves are 5/32â³ (4 mm) -thick and feature designs coordinating with the Curve and Floral styles found in KERDI-DRAIN and KERDI-LINE drain grates. They can be used in showers and other tiled wall applications (e.g., kitchens and baths). SHELF-E is suitable for corner installations and available in three different shapes. It features 3/32â³ (2 mm) -thick tabs that allow for installation with the tile or in retrofit applications.